Inspired by the history of the City of York’s coaching inns, INNovating is an immersive audio drama and trail that evokes the sounds and stories of these places of hospitality for weary travellers, resting on their journey along the Great North Road.

As part of York Festival of Ideas, from 11th June 2022 you will be able to book to access the audio trail on your device and enjoy listening to it at a time of your choosing. The use of headphones is recommended to gain a fully immersive experience.

INNovating Audio Drama will be released on Saturday 11th June 2022 and available by clicking these links or following the trail map here: bit.ly/3PYgTcF

With thanks to all the people who have helped and contributed to INNovating: 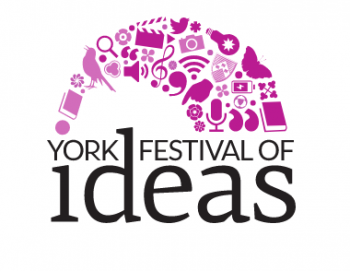 Paul’s work as a writer has largely been in the realm of live performance. His theatre credits include:

His first audio dramas, Sanctuary and King of Sherwood were produced by Spiteful Puppet/ITV, the former of which he adapted into his first published novella. His adaptation skills were then reversed when he refashioned James Leasor’s spy novel Passport to Oblivion as an audio drama with George Lazenby and Terence Stamp in the cast. This won the Best Drama Special at the New York Radio Awards 2020.  More recently, he radically respun the tall tales of Baron Munchausen in two series of The Barren Author with Rocky Horror legend Richard O’Brien in the lead role which won a commendation in the Off-West End OnComm Awards 2021. He also was one of the lead writers on the epic dramatisation of the creation of the NHS, Getting Better, for Audible. He is currently working on an audio drama series based on the life of Winston Churchill and finding time to improvise live shows with Fool(ish). He is useless at DIY and has had the same haircut since 1994.

Kate has won numerous awards including Best Multi-Media Producer at the Audio Production Awards and Gold at the New York Festivals for directing Noël Coward’s Peace in Our Time. She is currently undertaking a PhD in Directing at the Department of Theatre, Film, Television and Interactive Media at the University of York, and INNovating is the creative practice aspect of her research focusing on community audio drama.

Matteo trained in music composition for film and TV and in sound post-production. He has worked as a recording engineer for solo artists and orchestras in Italy and the UK and as a sound designer for short films. Matteo is currently undertaking his Master’s in Sound Design for Film and TV at the University of York and INNovating is his first sound design for binaural audio drama and is part of his final dissertation.

After a 20-year career as a performer and teacher both in music and theatre, the muse came calling and the need to write music became too strong for Cristina to ignore. Two albums, over a hundred tracks, a sound installation, a film score and a digital residency later, she still playfully listens to the silence within, weaving its magic threads into her own musical projects and into the wider context of other tapestries, in support of drama and storytelling.

Kirsty is currently studying for an MA in Public History. During her studies, she has become passionate about making history accessible to all and has been interested in how we can use the digital world to make that happen. Currently, she is working as a freelancer with Wessex Museums to create their first-ever podcast. She hopes to continue to help the public history and heritage sector in developing more innovative digital projects.

Charlie is a postgrad History student at the University of York and his thesis explores the public history of ethical chocolate. This is the first binaural historical drama he’s been involved in and he enjoyed the experience of the role of runner. After his master’s he is looking into history-based opportunities in creative media, with a view to developing a freelance portfolio.

Christie currently teaches dance in York and continues to perform. Recent performances include; The Yorkshire Trios with Next Door But One, The York Mystery Plays for BBC iPlayer, Less than Human (2020) A View From the Bridge (2019), InHospitable and Insignificant (2018/2019), Objects of Terror (2017), Everything is Possible (2017), Volpone (2017), and Eve in the York Mystery Plays (2016).

Heather is an avid crafter using many different media including cards, boxes, tag books of all sizes, also called memory books, felt work, beadwork, wirework and leather… she also paints and work with resin as well as being a musician. Acting has been her main passion, and she has always made up her own plays since being a teeny tyke – she just loves acting and acting at every given opportunity, also doing voice-over work. Heather is part of the Out of Character theatre company based at York St. John’s University. They were the last to perform in The Studio at York Theatre Royal before lockdown and its refurbishment.

Mark is a graphic artist-designer and performer.

Phil has been acting from an early age, having graduated from the National Youth Theatre and National Youth Music Theatre onto the Cambridge Footlights. He did a 10-year spell teaching and living in Madrid, where he became a member of the Madrid Players theatre group, notably playing Benedict in Much Ado About Nothing. More recently Phil has played Pontius Pilate in the 2016 York Mystery Plays.

Livy is a York-based writer and performer. Her debut short play, Beautiful Man, was shortlisted for Ilkley Playhouse’s 8x8x8 playwriting festival in 2020 and published in the festival anthology playtext. An audio version was played on BBC Radio York and she also performed it live at an Ilkley Literature Festival event in 2021. She is a member of the York Settlement Community Players (YSCP) committee, having last performed with the group in their production of The Seagull in York Theatre Royal’s Studio in 2020. She started acting in 2016 and has since performed across the UK at the Minack Theatre, Harrogate Theatre and Ilkley Playhouse.

Julie Speedie moved from London to York in 2002. She has a keen interest in local history, and is a member of the Clement Hall Local History Group. She still frequently visits London – virtually speaking – where she enjoys tours of the city and lectures about its history. She has been involved in the York Mystery Plays since 2012 as both actor and singer, and is looking forward to appearing in this year’s wagon plays; also in York Theatre Royal’s latest community production, The Coppergate Woman. Julie is a regular participant in local play-readings with the Quarantine Players, both in person and on Zoom; and is a front-of-house volunteer at 41 Monkgate.

Emma is a Mentor with Dramacube Movie-Makers, York where the team have recently completed a 7 session schedule, enabling 25 home-schooled youths to realise their original fictional narrative in the medium of film. Inspired by this next generation of storyteller’s interaction with the city’s world-famous medieval bar walls, the project formed part of the 5th annual ‘York Walls Festival’ in May 2022.

Emma has been contributing to local period content over the last two years. Passionate about her native county, INNovating was the ideal next step in building on this wealth of research, complex heritage and immersive access to Yorkshire’s past.

One thing led to another, really.

After retiring from the University (as a marine biologist and lecturer) Peter became progressively more involved in various archive-based local history projects.  After writing a history of the Museum Gardens, he became interested in the land next door, the Mint Yard, where York Explore now stands.  In the 1820s, this contained the stableyard of York’s principal coaching inn, the York Tavern.  Meanwhile, Sylvia was working on a cataloging project with the City Archives, and discovered a detailed map showing exactly where horses, carriages, the ostler, and even the manure, were kept.  Another map that came to light turned out to be a traffic planning map, circa 1805, indicating coach routes through the city, as well as obstacles to traffic. Newspapers of the period filled in the details of collisions, road-rage incidents, and the coach timetables: and also startling information on the body-snatching trade (which depended very much on an efficient coach system to get the product to the anatomist before its use-by date).  So Peter ended up with more knowledge of coaching than he ever expected, and when INNovating came along, it seemed he could put this to good use, and have a good excuse for even more burrowing through York’s wonderful Archives.

In parallel with her professional life as a biologist (social behaviour of locusts) and then educational researcher, Sylvia has had a long-term interest in York history.  Her particular focus has mostly been in textiles and eighteenth-century manufacturing and retailing.  She has spent many hours researching and volunteering in the City Archives, which have been stimulating and rewarding.  After a while, she feels it becomes quite addictive and leads one into unexpected places.  On this occasion, looking for coaching inns and coach travel illuminated the sophisticated transport networks across the country but also the relative, to us, discomforts of the period.